Following are excerpts from the article. Click here to read the complete article.

Bluffton resident, Kelly Dykes… has sold $8.8 million in Russian art at auction in the last two years. Most recently, he represented the $2.2 million sale of a painting at Christie’s Auction House in London, a still life oil on canvas by artist Natalie Goncharova that belonged to clients on Hilton Head Island. The piece had been misidentified and undervalued at $50,000 by another appraisal company before Dykes’ evaluation proved its true worth.

“What excites me every day is knowing I’m going to walk around a corner in a client’s home and a piece of art or antique furniture is going to hit me like a 3-pound hammer in the sternum,” Dykes said. “That hard work the artist went through to make that one painting communicates across 20 feet and 200 years and speaks to me on a non-verbal, soul-to-soul level. That’s what gets me going. Everything after that is just research and details.”

“At the auction, I would identify what things were and date them and guarantee to the crowd, ‘If I’m wrong, you get your cash back,’ ” Dykes said.”Sitting in the audience were some estate attorneys on Hilton Head who would buy their antiques and art from me. They pulled me off to the side and said, ‘We want you to get certified as an appraiser.’ ”

After a year-long certification process, Dykes dove into the work and now, more than a decade’s worth of appraisals across the country later, he said he no longer has time for much fishing. Some of the work is repetitive, but Dykes said he lives for the treasures — such as another piece of Russian art that he represented for a Hilton Head client at Christie’s Auction House in 2007.

The painting, “Moscow. View of the Cathedral of Christ the Saviour from the Kremlin,” was by Aleksei Petrovich Bogoliubov and had been misidentified and undervalued by another appraisal company for $27,500. After Dykes made his assessment, the piece ended up scoring the cover of the Christie’s Auction “Important Russian Pictures” catalog and went on to sell for $2.8 million.”

‘……….In the next few months, Dykes will be called on to appraise a piece of furniture in California once allegedly owned by Civil War icon Jefferson Davis and to represent a baseball at auction that was signed by Babe Ruth and Lou Gehrig. The job requires frequent travel, but it’s something he enjoys in this new phase of life, which has been a lot less taxing than his first career.’

“I would be happy in a cinder block house down on North Forest Beach with a short walk to the water and a good dog, but I’m a most fortunate man,” said Dykes, who has had job offers from famous auction houses, but prefers to be in charge of his own business when it comes to determining the value of items that are a part of people’s’ lives. “I’m fast, certain, deft and right, and I don’t think I would fit very well in a market where spin is valued over truth, where I can’t dictate my own ethics. I’m much more comfortable with truth.” 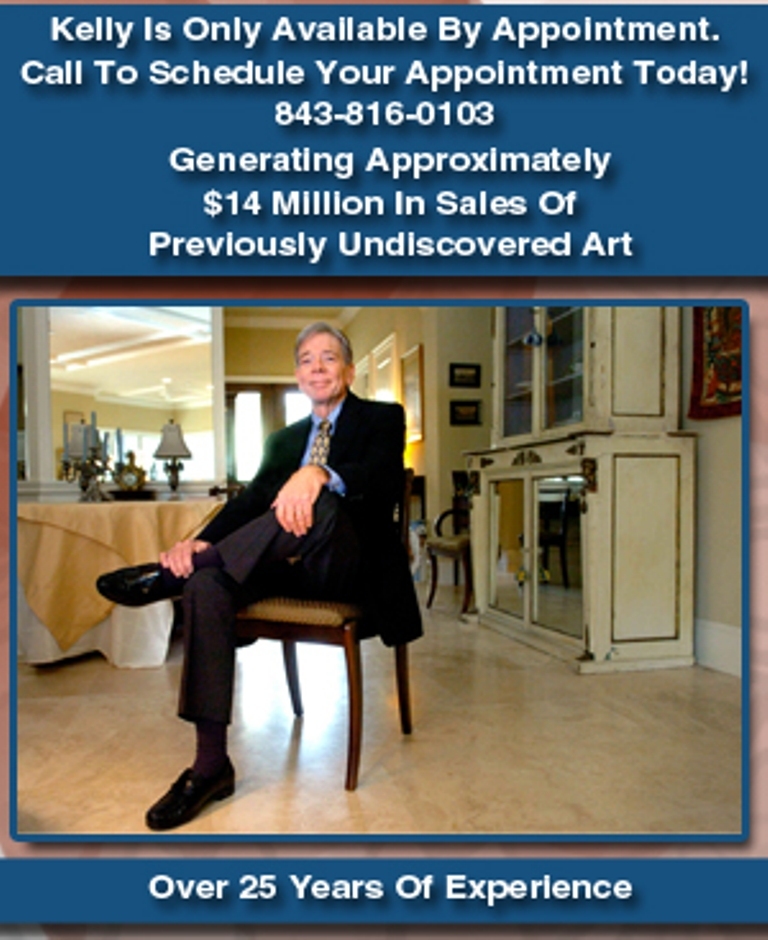 Posted in News | Comments Off on Island Packet Article